Inspired by Git, XP repos supports a concept called branches. All repos ship with a default branch called master. This means that the fully qualified location of a node consists of:

Any number of branches could be added to facilitate your data model. Branches are typically ideal for facilitating long running transactions.

As an example, XP’s CMS API makes use of two branches draft and master to support the editorial workflow, with previewing and bulk publishing of changes.

XP provides advanced features such as diffing to see the changes between two branches. Additionally, the API provides features for "pushing" changes from one branch to another. The push operation automatically handles dependencies and and missing parent items to ensure the result is consistent.

From the CMS API, the push operation is known as "publish".

Consider the 'Oslo' and 'Enonic' nodes below:

There will be two node-versions in the repository, with data persisted in both blobstore and search index:

A node-version is a representation of a node’s properties. A node-version has no knowledge of name, parent or other meta-data: just the properties of a node. At the same time, the targeted branch (named 'draft' in this example) gets two entries: 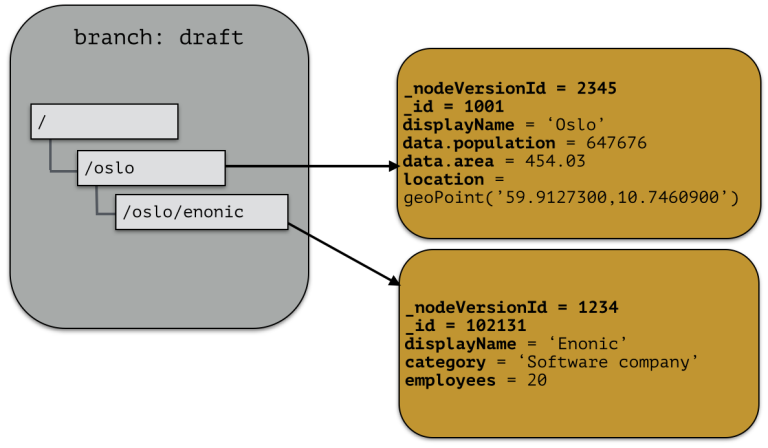 The node-versions are now a part of a tree-structure, based on the node’s name and parent. If we push the content of branch 'draft' to the default branch 'master', we end up with something like this:

At the moment, there are two branches pointing to the same node-versions. This means that a single node version can exist in several branches with different structures. Now, consider that the 'oslo' - node is updated and stored to the 'draft'-branch, resulting in a new node-version with the same id and an updated pointer from the branch: 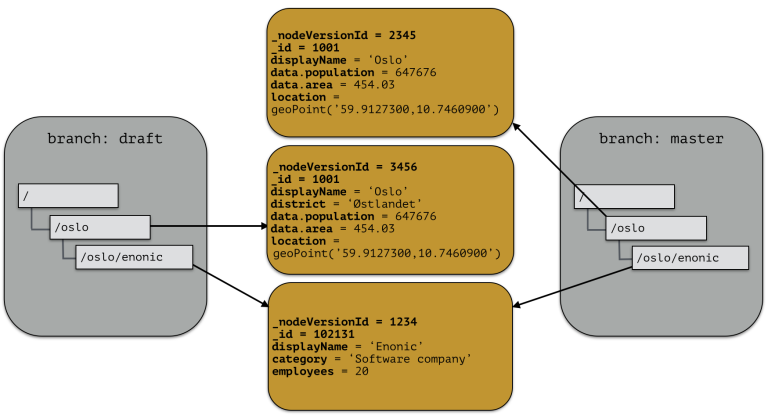 The two branches now point to different node-versions of the 'oslo' node. Again, doing a push-operation from 'draft' to 'master' will result in both nodes pointing to the same node-versions: 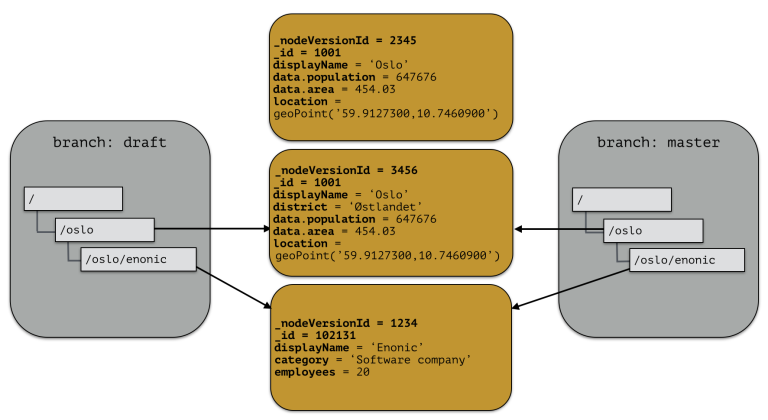